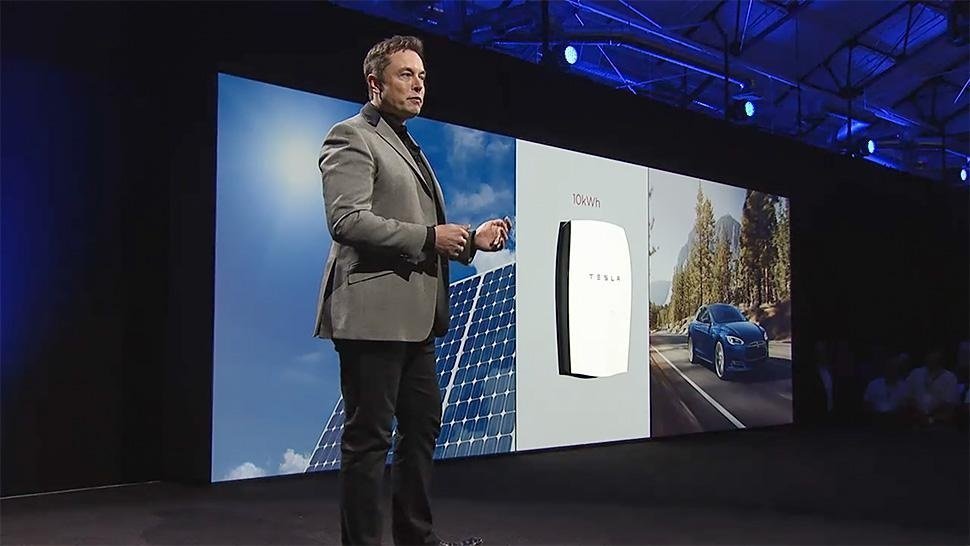 Some time ago Elon Musk talked about batteries. He did not talk about the app that would revolutionise the way we interact with each other. He did not talk about the recent nano-technology discoveries. Neither did he mention discovering the cure for cancer. He talked about batteries. Elon Musk is not a charismatic speaker. He is far from focused, precisely introverted energy of late Jobs. He is far from contagiously funny Ruby Wax and radically interestingly seductive Kelly McGonigal. He is imperfect. So there’s the guy who talks about batteries; the guy who almost stumbles and stutters and his pitch is perfect. Why? Because he knows his ‚why’, he mastered the structure of the pitch and he shows he is stressed…

Elon Musk is one of those entrepreneurs we perceive as crazy enough to be successful. His recent statements about series of nuclear explosions on Mars that would help us colonise the planet more easily prove that he is the hero with imagination. And since his previous (not so radical yet innovative) approaches proved worthwhile we observe. And we listen. Mainly because his motivation is clear. He follows in the steps of Nicolai Tesla, Wozniak, Jobs and others who simply wanted to question the status quo. And since his motivation is clear we follow, too. We follow, even though Musk is not charismatic like JFK or Martin Luther King but he does not need to because his motivation projects anyway.

Elon Musk may not be the smooth operator but he is genius when it comes to simple mental models and presentation structure. He starts his presentation by naming the enemy. And that is good because it not only clearly represents the context but also evokes emotions (anger and contempt this time). In this case scenario anger works to Elon Musk’s advantage. The research shows that anger makes us more radical in our minds. It helps unite to fight the enemy. In short: we must do something about it is the state you might be willing to achieve. Only of course if you are absolutely sure the audience shares your believes. If Elon was presenting for the OPEC, they would probably not follow. The good advice is to name the enemy, in this case: fossil fuels and do Do that by painting an emotionally resonant picture of how the world currently sucks for your customer, who/what is to blame, and why. When Musk shows this image of burning fossil fuels, you can practically hear and feel Darth Vader’s ominous breath. Hell is real!

Lesson 2: Never ever start a pitch by talking about yourself, your team, your product, or your total addressable market. In short: don’t talk the obvious. Instead, start by naming the thing that’s getting in the way of your customer’s happiness. Name the enemy and say you’ll fight it!

Elen Musk knows all about timing. Not in the traditional understanding of the word.He simply makes the audience understand why we need to act now. Why this enemy that is a global threat has to be conquered with our resources at this very time. The sense of urgency is crucial. Why? Because audiences — particularly investors — are skeptical. They’re thinking, “People have lived this way for a long time — are they really going to change now?” Musk handles this objection by showing that we’re at a critical point in the growth of atmospheric carbon dioxide concentration: He simply warns us that if we don’t act now, things quickly get much, much worse. When Musk says, “We should collectively do something about this,” his audience howls in support. A true leader on a mission. And an entrepreneur at the same time.

Lesson 3: Always show the evidence to support your answer to ‚why now’ scepticism. You can use social forces, economical forces or technological forces. Either way make people understand that the time is now and that we should do something about it.

What Elon Musk and entrepreneurs like him know is that when you show people hell; that when you present them with threats, you also need to show them the promise land. The solution and the ideal vision of the world without the enemy you named before. So before saying anything about batteries, Musk describes his version of happily-ever-after: a civilisation powered by “this handy fusion reactor in the sky, called the Sun.” He later on will present the Tesla Powerwall as the missing element between us and the sun. Yes, literally as in his film the solution appears between the sun and the end consumer.

Lesson 3: Use easy to comprehend mental models and schemes. Rmemember that as day comes after the night, the promise land vision must follow the ‚hell is real’ story.

Sharing the vision of the future is one thing. Even politicians can do that. But identifying obstacles and then explaining how you’ll overcome them is what makes a winning presentation. What you need to do it to lay out the obstacles to achieving it andshow how your company/product/service will overcome each one. And honestly there had better be some big, nasty obstacles — otherwise who needs what you’re selling? And how your are going to gain hearts and market?

Showing the obstacles and even showing the ways you’ll overcome them is one thing. Presenting evidence that you’re not just blowing hot air is quite the other. You need proof. The audience needs proof. Meaning traction. Or in the case of Elon Musk presentation the application of the solution. Musk does that by letting his audience in on a secret: Powerwall batteries have been supplying the energy for the auditorium in which he’s speaking. (As proof, he zooms in on the meter above, which registers zero power from the grid.) For early- stage companies and products, demos like this can serve as evidence, though results from early (or beta) customers are more compelling. Least persuasive— but better than nothing — are testimonials from potential customers explaining why they would buy.

Lesson 4: Show the evidence. Show traction. Show application and turn dreams into reality. Remember that the audiences are skeptical. So you must give them the evidence that the future you’ve laid out is, indeed, attainable.

Here’s the full video of Musk’s launch announcement of the Tesla Powerwall. Watch it and share your thoughts in the comments. I’m happy to answer them all.