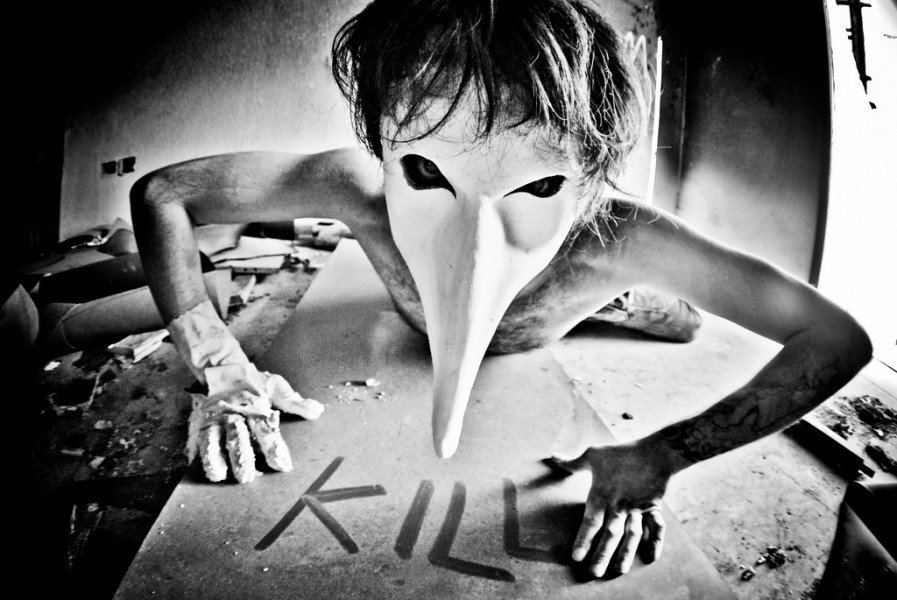 They [presecution] honestly could paint a picture of what happened, that really was a picture. Her guy [defence] didn’t paint any picture, says Gregg Todd – the jury member in People vs. Boes trial. He is one of 12 people who decided that Karen Boes was guilty of setting her house on fire and murdering her daughter in that doing. He expresses this view in a documentary Confession Tapes. His sentences reveal a fascinating thing about our cognition. Fascinating from the scientific point of view. Tragic in this very setting of a trial.

Our brain usually has no clue what true is when it comes to processing complex information. When confronted with doubt, jargon or various explanations it tends to ask ‚intuition’ for help. Intuition however is a result of repeated experiences. So we can intuitively feel we will be late. Or we can interpret many signals from our body. But when it comes to things like judging who is guilty or not we are not that equipped. In fact our intuition fools us in a repetitive predictable manner. As Rans Rosling said – intuition sucks, statistics prove.

When we process information – presentation, testimony, defence line, stories and media – we rely too often on what feels true. It’s interesting how often we are wronged. What happens is we judge what is true using cognitive process that once helped us see patterns and generalise and very often emphasise gender. But what once worked to our advantage now very often flaws our perception. Take above mentioned word of Gregg Todd – They [presecution] honestly could paint a picture of what happened, that really was a picture. He tends to believe things he understands to be true. Whereas the things that seem ambiguous seem suspicious. The ‚logical’ and understandable picture is judged as accurate. Alternative theory with less ‚logic’ and vivid narrative is judged as not true. So you see it is not the truth. It is what we think is true.

Processing fluency is the ease with which information is processed. In psychology, a fluency heuristic is a mental heuristic in which, if one object is processed more fluently, faster, or more smoothly than another, the mind infers that this object has the higher value with respect to the question being considered. In other words, the more skillfully or elegantly an idea is communicated, the more likely it is to be considered seriously, whether or not it is logical.

Trials are a fascinating battlefields for communication freak like me. Take If it doesn’t fit, you must acquit” the signature phrase used by Johnnie Cochran to gain acquittal for O.J. Simpson in Simpson’s murder trial. It is a prime example of the rhyme-as-reason effect (or Eaton-Rosen phenomenon). It is a cognitive bias whereupon a saying or aphorism is judged as more accurate or truthful when it is rewritten to rhyme.

In experiments, subjects judged variations of sayings which did and did not rhyme, and tended to evaluate those that rhymed as more truthful (controlled for meaning). For example, the statement „What sobriety conceals, alcohol reveals” was judged to be more accurate than by different participants who saw „What sobriety conceals, alcohol unmasks”. I myself have tested the „Health is important” vs „Health is the new wealth” as a motto used for behavioural change.

See – it does not have to be true to sound true. How does that apply to pitching, presentation art and education? Well – your products, solutions and idea will be judged based on the way you present them. So paint the picture well – the more skillfully or elegantly an idea is communicated, the more likely it is to be considered seriously, whether or not it is logical.

PS: It’s up to you to decide how you want to use this technique. I hope you tell the truth and make it sound truth. And I hope you will ask yourself a question. How do I know if what I hear is true. Or just sounds true.