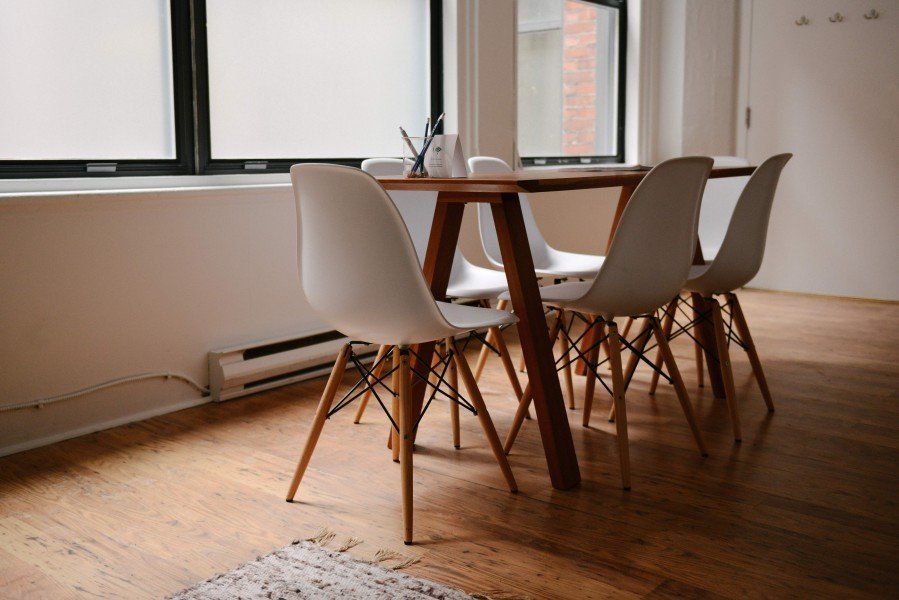 I love the remix culture. When I work with startups, companies big and small or personal brands, I always craft stories and build both visual and semantic communication using the vast catalogue of past stories and past artefacts. So do advertisers and creatives. After all that is the way to go. Being creative is not about inventing the new but about coping, transforming and joining the dots. When crafting a pitch you should keep in mind the lessons you can learn from great storytellers – the advertisers.

Crafting a pitch is about using the findings of cognitive and social psychology. It is also about using stories to create emotional bond with the audience. And crafting such stories that make your product easier to comprehend. So basically it is just like any creative agency’s job – tell a touching story in a limited time, create an emotional bond and deliver the message that sticks.

If you want to tell a good story anchor it in a good story. The story so easy to recognise it needs not to be mentioned. Like the greatest story of true love set on the greatest ship that sank on its virgin cruise. You know that one, don’t you? Great stories are like tattoos. They are hard to erase. So L’Oreal decided to use this particular story without even mentioning its title, clearly to prove their point. And to inform about certain proprieties of their product.

The cosmetics company invited 100 women to a movie. Before the screening, they had their makeup done by L’Oréal beauty experts, who applied waterproof mascara. As part of the prep, the women also had their photo taken.The ladies were taken into the cinema for the movie—and it certainly was an emotional one. Before long, the women were sobbing, as a story of „impossible love” played out. By the end, their makeup should have been a disaster—indeed, the women had their photo taken a second time after the screening to see how it held up. So it is a classical story of before and after using the „extreme” in-between to prove the point. Startups should learn from that.

The great thing about this ad is how the creators make it easier for us to believe in this experiment. The stunt is simply a believable one (even if details like the 162 minutes of tears are exaggerated they make it more realistic). In some ways it’s perfect that they don’t mention the name of the film. This might have been a simple rights issue, but it gives the video a small extra dose of humour. And proves the point – you do not need to name the story to make the audience recognise it.

Learn the lesson: Every story can be anchored in another story. When looking for inspirations do not restrain yourself. Use the vast cultural repository of stories. When stating that your startup is about reinvention – use the stories of reinvention. When you came up with your solution by „accident”, say about it. Use the before and after scenario as it helps prove the point. Be statistical about details. That makes your story more believable. Especially if the experiment conducted is a novel one–just like counting tears.

Consistency in both form and metaphor

Time flies. It’s a fact. We live our lives, we share the dreams with people. We share… the same elevator. Just like the main protagonist of this a 90-second film for HSBC. The concept is simple – presenting the story in one, easy to comprehend consistent environment – the lift. What is more, this environment is also highly metaphorical. Not only for startups who try to live up to „that elevator pitch.” The execution is stunning – the eventful 40-year odyssey of one executive plays out almost entirely in an elevator (actually, several elevators, because his company moves over time, always occupying a higher floor in whatever building it calls home).

Needless to say, his journey to the top is anything but smooth. And that is also a great thing about great stories. They need drama. The firm’s ups and downs from its 1974 inception to present-day global expansion include business deals, office politics and personal dramas—all deftly conveyed by the postures, attitudes and physical interactions of the folks inside the lift. No words needed. Pure visual communication with a simple metaphor in mind. I begin to suspect that beside ROAD, the lift will become my favourite metaphor.

It’s a novel, effective style of storytelling that lets the audience fill in the blanks and promotes repeat viewings. (As Mad Men proved, you can get more drama out of elevator scenes than you might think.) The passage of time is especially well-realized owing to great costumes, hairstyles and makeup.

Learn the lesson: Be consistent in your storytelling. Use the clear and easy to comprehend metaphors and artefacts. Craft the story that is simple and let audience fill in the blanks when it’s needed and desired (this saves you precious time). Be linear – make the structure of your pitch easy to comprehend. This ad uses the interior of the lift and the main protagonist – go and think of the elements of your pitch or presentation that will provide similar effect.

Your brain filters the outside world. What is easy to digest gets digested by so called cold thinking system (cold cognition). And when it is unexpected it either gets discarded or… is perceived as exciting and new and gets digested by so-called hot system (hot cognition). Putting together the elements that are shocking and loaded with emotions is what makes this new ad by Finlandia.

With this very ad Finlandia is gunning hard for the title of most inspirational vodka commercial ever. You have my word for it. A new two-and-half-minute ad, „1,000 years of less ordinary wisdom,” features offbeat heroes like a drag wrestler and reindeer racer offering tips on how to make it in the world, like „Be nobody’s bitch but your own” and „You’re only as fast as your reindeer.” In other words, a lot of the advice is, in spirit, not really that different from standard motivational fare, even if it comes from unusual sources and their unconventional contexts. And that is the point–presenting the usual in the unusual way.

As for the title, the 1,000 years refers to the sum of the ages of the people in the commercial. Which is also a very nice conceptualisation. 1,000 is a lot–this is also something you should consider when crafting a pitch. Make sure the main theme or title can be distinguished from the others. Make it about big. One trick I sometimes use is telling the story of the invention by stating how many coffees were consumed or how many lines of code make it spectacular. You can also add the skills or hours of work of your team. After all adding things make them bigger. Doesn’t it?

Lesson to learn: Strive for the unexpected twists and turns. Look fur up and downs. Show contrasting elements (like  a drag queen wrestler). Present the usual in the unusual way and make sure to show the grandiosity with grand numbers that summarise your effort.